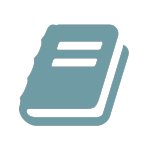 The U.S. Department of Justice has made waves in recent years with big-dollar False Claims Act lawsuits and settlements based on alleged noncompliance with regulations governing residential lending. At the core of all of these lawsuits and settlements are allegations that the lenders involved failed to comply with Federal Housing Administration (FHA) rules and regulations governing FHA-insured home loans — in short, alleging the lenders submitted “implied” false certifications of compliance with a statute, regulation or contractual provision.

On Dec. 4, 2015, the U.S. Supreme Court granted certiorari in Universal Health Services Inc. v. U.S. and Massachusetts ex rel. Escobar, a qui tam case against the operator of a mental health clinic brought by the parents of a former patient. The court will decide whether False Claims Act liability can arise from making a false “implied certification”; and if so, whether failure to comply with a statute, regulation or contractual provision that does not state that it is a condition of payment can give rise to such a false, “implied certification.”

The petitioner’s opening brief in Escobar, filed on Jan. 19, 2016, sums up nicely the frustration felt by many in regulated industries with regard to the implied certification theory:

Suppose that at age 12, [a boy] is given the opportunity to earn a little money by mowing the lawn. Mom says that she will pay [the boy] $10 an hour but that [the boy] must honor three conditions every time he mows the lawn: (1) wear protective safety goggles; (2) fill the lawn mower with gas before starting; and (3) mow the lawn only between 3 and 5 p.m., when most of the neighbors will not yet be home from work. [The boy] promises Mom that he will always follow all three rules.

At age 14, [the boy] mows the lawn one day. He mows between 3:30 and 5:30 p.m., or does so wearing no safety goggles, or does so without filling the lawn mower with gas first. He tells Mom — truthfully — that he spent two hours mowing the lawn (which was in fact mowed) and asks for $20 payment. He is not asked whether he has followed all of the rules, and does not state that he has done so. Mom pays, but later learns that [the boy] did not follow one of the three rules agreed to a couple years earlier. Confronting [the boy], she learns that [the boy] remembers all three rules but chose not to comply with one of them …. Mom is not sure she would have agreed to pay [the boy] if he had not agreed [to follow the three rules].

Should Mom give [the boy] a stern talking-to to make sure he follows the rules in the future? Should Mom take back some fraction of the $20 she paid [the boy]? Or should Mom make [the boy] pay her $60, impose an additional punishment …, and publicly label [the boy] a “fraudster” who has made a “false or fraudulent” demand that Mom pay him for services actually provided? To make the example even stranger — but more like the False Claims Act — should someone else, say a neighbor who is annoyed by hearing lawnmowers when she gets home from work, get to force punishment and opprobrium on [the boy] for breaking Mom’s rules, even if Mom chooses not to?[1]

In implied false certification, the claimant does not expressly certify compliance with the regulation or condition at issue. Some courts have held that simply by presenting a claim for payment the claimant has impliedly certified compliance with any regulation that imposes an express precondition on the payment sought. In other words, by making the claim, the claimant is impliedly certifying that it is entitled to receive the money, which by implication would mean that it has complied with all conditions required to receive the money. There is a split among the federal courts of appeals as to whether such an “implied certification” of compliance can give rise to liability under the False Claims Act.

While accepting the matter does not guarantee that the court will resolve these issues, this case should provide some clarity and predictability for FHA lenders and participants in other federal programs. The Pharmaceutical Research and Manufacturers of America (PhRMA) and the Advanced Medical Technology Association (AdvaMed) filed an amicus brief in the case, pointing out the increasing number of qui tam lawsuits and settlements. They argued that this increase has not been because of an increase in fraud, but is due to an effort to expand liability through creative and expansive interpretations of the theory of implied false certifications. A decision from the Supreme Court eliminating the theory of liability for implied false certifications could curtail this expansion. On the other hand, should the Supreme Court endorse the theory, the expansion could increase even more dramatically.

The implied certification theory on its own creates substantial risk and uncertainty for lenders and other regulated entities. But its impact has the potential to be magnified greatly by another, parallel trend in False Claims Act cases: the use of statistical sampling to establish purported regulatory violations.

A highly publicized example of this phenomenon is the ongoing dispute between the U.S. Department of Justice, U.S. Department of Housing and Urban Development(HUD), and Quicken Loans. Quicken filed suit against the DOJ and HUD in late fall 2015 in the U.S. District Court for the Eastern District of Michigan, alleging that the DOJ and HUD were improperly assessing their compliance with the HUD-administered FHA-lending regulations by finding minor violations in specific loans, and extrapolating those findings across their entire loan portfolio. The DOJ followed suit the following week by filing suit against Quicken under the False Claims Act in the U.S. District Court for the District of Columbia.

As set forth in Quicken’s complaint in Michigan, Quicken, like many other lenders, participates in the FHA’s Direct Endorsement Lender (DEL) program. Through the DEL program, the FHA allows these lenders to evaluate the credit risks of potential borrowers, underwrite loans, and determine whether the borrower and loan meet HUD’s requirements for FHA insurance. The lender then certifies the loans for FHA mortgage insurance without the need for prior review or approval from HUD. Later, the secretary of HUD “may review all documents” to monitor the lender’s compliance.

Quicken’s suit challenged a change in the method that HUD used to monitor and evaluate violations of FHA requirements. Traditionally, HUD investigated each loan individually to monitor compliance, through post-endorsement technical reviews. Under that method of review, HUD assessed whether each loan was properly underwritten and was compliant with program rules on an individual basis. Recently, according to the complaint, HUD ceased that method of loan review and now employs “conjectural extrapolation sampling” or “statistical extrapolation” to determine the magnitude of FHA violations.

For investigations involving a large number of loans, the HUD Office of Inspector General and the DOJ now take a sampling of the loans under investigation and determine whether any of those loans did not comply with FHA lending guidelines and were underwritten improperly. HUD then assumes defects at the same percentage basis for the entire loan population for the loans under investigation. In Quicken’s case, the DOJ sampled 116 individual loans of the 246,000 loans under investigation, and found that 55 loans were noncompliant. From this small sample, DOJ then extrapolated the same percentage of alleged defects across the entire loan population. The court in the Eastern District of Michigan recently dismissed Quicken’s lawsuit,[4] leaving Quicken to defend the government’s False Claims Act lawsuit in D.C., which asserts violations based upon the implied certification theory, supported by the statistical extrapolation method.

For lenders, statistical extrapolation allows the DOJ to assume defects in loans it has not investigated or even reviewed. This gives the DOJ or relators considerable leverage, and when combined with implied certifications, allows lawsuits alleging defects on hundreds or thousands of loans to proceed based on asserted regulatory violations from a small sample of them — all without any credible allegation of fraud. Given the government’s expanded focus on FHA lending since the 2008 financial crisis, and its aggressive litigation strategies employed in seeking redress under the False Claims Act and other statutes, the Supreme Court’s decision in Escobar and the Fourth Circuit’s decision in Michaels are likely to have far-reaching impact on regulated entities across the nation, and in particular on lenders that participate or have participated in the FHA lending program.

The opinions expressed are those of the author(s) and do not necessarily reflect the views of the firm, its clients, or Portfolio Media Inc., or any of its or their respective affiliates. This article is for general information purposes and is not intended to be and should not be taken as legal advice.